I'd like to also request the ability to see completed vs. planned dates. Most other Gantt's on the market do not have this; rather, you can move in the Gantt dates, and whole dependency chains, but there is little visibility into actual completion dates and how that would affect a Project's plan.

- When you create a Project, you include planned start and end dates. These are currently "start and due dates" in ClickUp

- You include your tasks, also assigning them planned start and end dates as you're able to

- You set up your dependencies as well

Then you start work:

***as a side note, it would be great if we had an entity in ClickUp, whether Lists or Goals, that could have Status like tasks, and this would move to "In Progress" with this step. This could be a manual change of the Project's status, or via automation when the first task moves to "In Progress"

- As the tasks are completed, this happens:

1. The Gantt illustrates when the task actually completes vs. the planned due date

3. The Project could have yet another field, "anticipated completion date," which is going to be the new date that results from the movement of dependencies based on completion dates up the Dependency Chain. However, the original due date should stay visible for purposes of a team keeping tabs on its effectiveness at planning.

- When the tasks complete, the Project is marked as "complete". In Gantt, you should be able to see, perhaps with a marker such as a Baseline Indicator, the variance between the planned due date, and actual completion date.

And ideally, you could have many Projects in a Portfolio, and the entire end date of the Portfolio would adjust, and then ultimately be visible, when the last task in the last Project finishes. And you should be able to see that on the Gantt, too.

Hope that idea is useful, thanks guys!

Several milestones per task would also be amazing in v2!

Our curent PM tool (Teamwork) only allows 1 milestone per task wich I think is not ideal...

Attached a sample of multiple milestones in one task.

Would be great to be able to create subtasks right away inside the Gantt view. ATM you have to open a taks and than create a subtask. Seams like to many clicks. I like the way Teamwork is handling this (see attachment)... 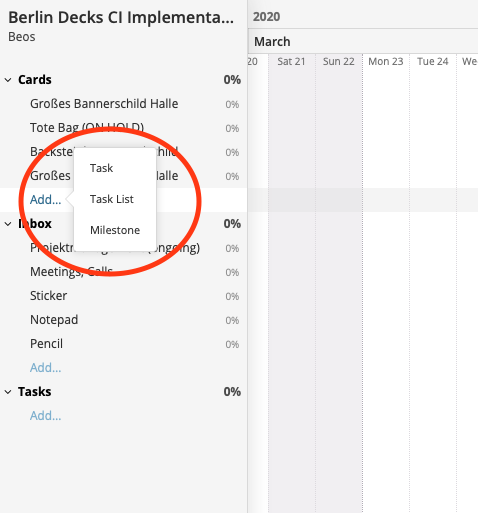 My feedback is more in terms of accessing the Gantt chart. So the chart is prepared by me and then shared with management people who are not part of my team. I would like to publicly share my charts for viewing by people who will never be users in the product.

1) Would be great to see a visual separation in the table by week. A simple line would do it.

2) If weekends are shown than the weekend days could be grey for visual orientation.

3) a colored line through the table that indicates "today"

@Ivan Villa: I concur, very glad that you guys are moving this along!

Gantt view should remember where you are in list or other view so that you can quickly toggle back and forth.

Show subtasks count in the same way available on the list view, and expand subtasks clicking on those counters. On the gantt view you jus have the option to show or hide subtasks. This is an issue from the performance and usability point of view when you have a large number of tasks containing substasts to be shown on the gantt view 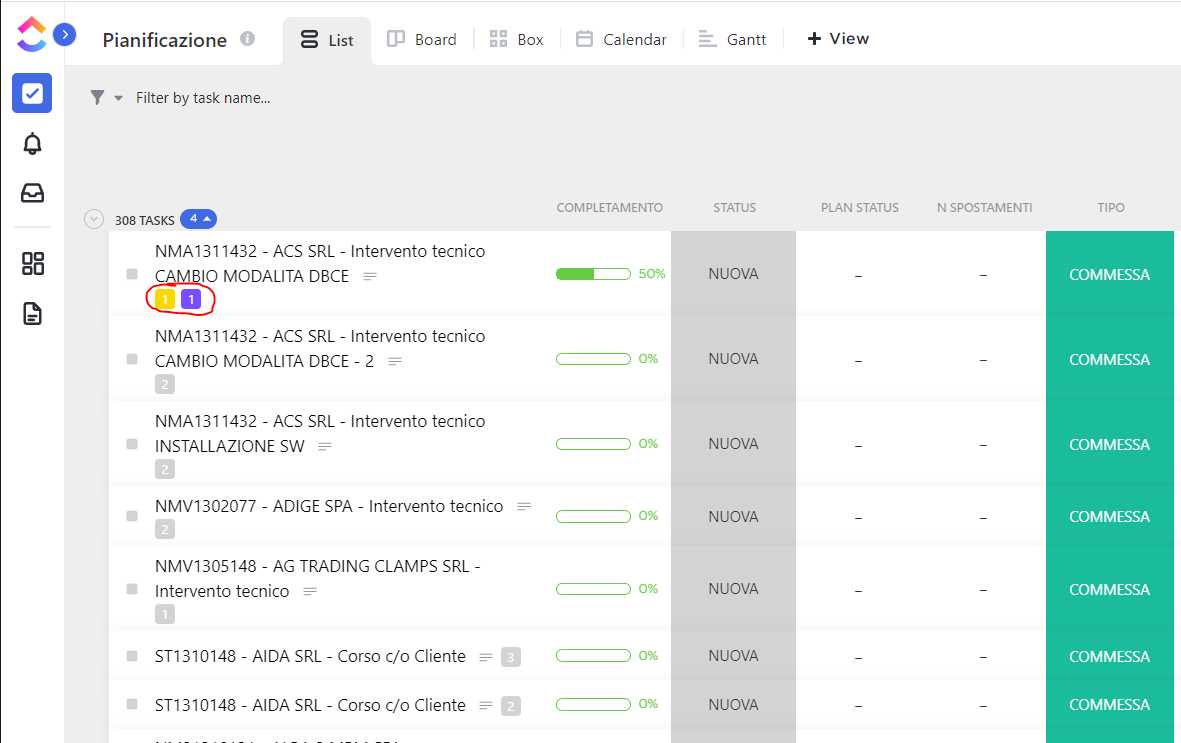 Now, I have like 10 tasks that each has 5 subtasks and I have to click to expand one by one to see actual due date of each task.

Task with subtasks: please show start and due date indication that take into account subtasks when subtasks are collaspe. Just like in Microsoft Project.

Task with subtasks: one click to toggle expand/collase subtasks

Progress: see the progress run in Gantt chart like in Microsoft Project.

Export/Import to Microsoft Project and PDF

Such as on the calendar: