StartInfinity has the look and feel of Trello while having the functionality of ClickUp. I prefer it's UX in almost every way but they don't have the same integrations that ClickUp has. I have become accustomed to ClickUp but I would love boards.

Will this come with Dashboards ?

I have looked over 20+ apps to get to the following functionality, that i think would give a unique combination of overview and detail in a single view, without finding it. Please give us the possibility to create:

A (meta) Board view where columns represent Spaces/Folders and Trello-like "cards" represent lists.

But unlike in Trello WITH the option to show/hide Tasks (>Sub tasks/Checklists etc) ON the Cards in the same view - rather than zooming in on a Card (List) hiding the board.

This would look similar to a bunch of color coded, tagged lists in Google Keep, but WITH the ability to drag-drop Columns left-right (left = higher priority).

The ability to see the next level down in hierarchy on each card without switching view AND quickly expand/hide levels all the way down the hierarchy and "zoom" the board from Everything via Spaces to Folders would allow a unique combination of overview and concrete detail. 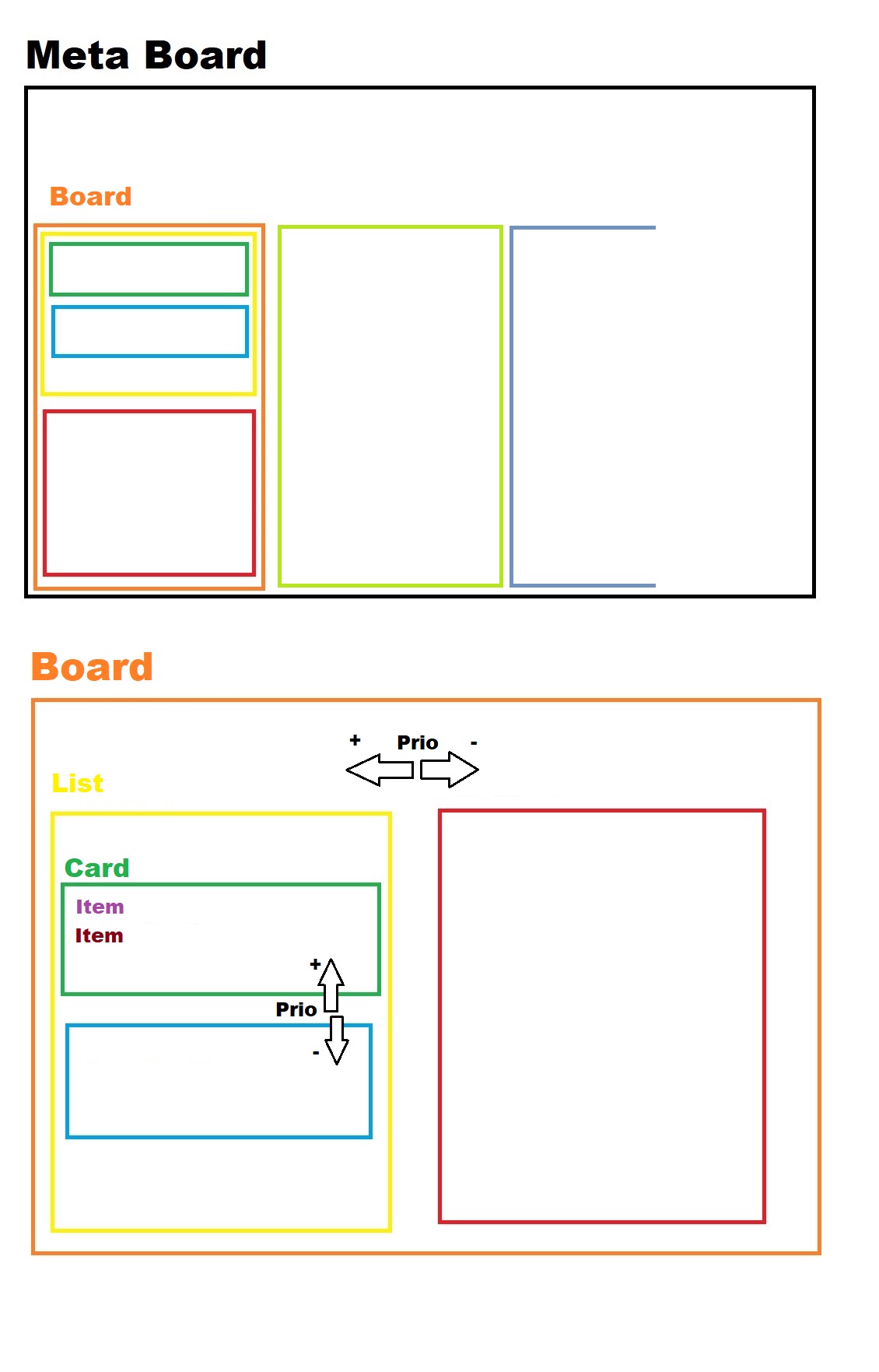 I'm really excited to see this is "in progress". Any idea when it will be ready?

Thank you for working on this guys!

Very good feature while user can enable / disable this feature.

Don't forget to add this to mobile :)

Hm, I really wonder how that will work, as now there are statuses in place where Trello's lists are (Trello list are in my opinion the same as Clickup statuses). Only logical solution seems to me replace statuses with lists, and make statuses subsections inside these lists, but still I would disable it imediately (lists as subsections seems even more mess to me).

@Zeb: Will this feature be an option or mandatory?

@Zeb: I love the way they are currently sorted.

@Zeb: Will this come with Dashboards ?